(Ok I know, all the little “keywords” are a little annoying, but bear with me.  It helps me focus.)

ROCKtober has just come to a close, and as you can imagine, I definitely chose October 31st as a “drinking night.”  Halloween combined with Saturday?  It was a party explosion that I wanted to – and did – take full advantage of. 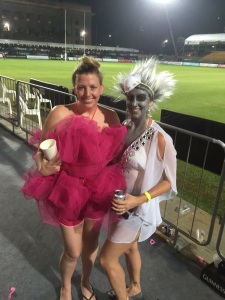 My friend Danley and I in full Halloween effect

This is what drives me nuts about drinking, however.  Drinking = eating.  For me, that’s all there is to it.  I cannot throw back a few without becoming ravenously hungry, and then the calories of beer are quadrupled by the calories of a burrito (re: Saturday’s choice) and compounded by half a pack of Tim Tams upon arrival home.

So I am pulling it back even further in the coming month.  At the risk of becoming redundant, let’s take a look at the goal chalkboard, shall we? 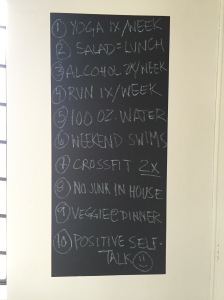 To review, I spent October KILLING it on yoga (I went to more classes in ROCKtober than I did in the first four months of living here combined), running (finally getting back in my groove here, though I’ll have to step it up soon for a Ragnar Ultra, to be discussed in more detail soon), salads (I’ve basically identified every salad location within 5 miles of my work and home), water (easy peasy), and even Crossfit (hit a two-in-a-row this week; a recent record).

I can definitely step it up on the alcohol (per above), junk food (where DID the cookies come from?  And the dark chocolate peanut butter?), and as always, positive self-talk.  Speaking of self talk, by the way, I was super touched by a piece written by Catilin Moran and it really did make me stop and think that if I could only see myself through my mother’s eyes, how much more forgiving of myself I could be…

But I digress.  Let’s talk GOALvember.

I am keeping the same goal board up, because consistency is hard to come by, and I like my goals.  They’re solid.  I just need to keep refining my interpretation of said goals (trying to throw out my entire closet because I hate how I look in every single thing is kind of the opposite of positive self-talk) and focusing on the positive, lasting changes I am making, not on the habits yet to form.

On another note, have I mentioned how much I still love Singapore?  Especially now that #thehaze is starting to fade (and yes, I feel like I personally had some hand in chasing it away with my Halloween costume, like some sort of live voodoo doll), I feel like Nick and I have really hit our stride here, personally and professionally. 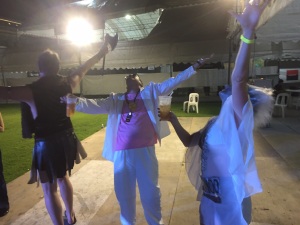 A final fun development this week is that I found out our little street (Bristol Road) is going to be featured in Expat Living magazine under their “Street Talk” section – with Nick and my picture and all of our wonderful words about our cute little neighborhood.  Stay tuned for the January 2016 issue. 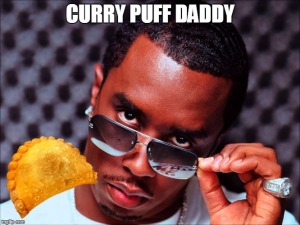 Not particularly relevant, I just found this hilarious and tangentially Singaporean

Onward to GOALvember, readers – let’s all renew our commitments to being better versions of ourselves.

What are your GOALvember targets?  How successful was your ROCKtober?

3 thoughts on “From ROCKtober Onward to GOALvember”