I interrupt this regularly scheduled blog for a shocking expat revelation I just found out about yesterday: the TAF Club. 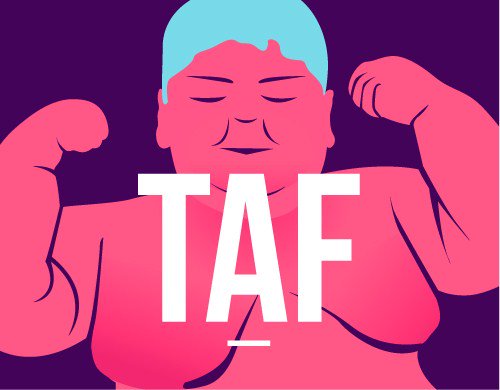 The unofficial mascot of the most offensive club ever

To Singaporeans, this term is no big deal – commonplace, even – if you went to local school.  To expats (at least Americans, where this sort of thing would be so inflammatory that it would incite several lawsuits, no doubt), it’s appalling – and I almost can’t believe it still exists (to some degree, which I’ll explain below).

TAF stands for “Trim and Fit,” which is the name of a Singaporean government-mandated weight management program that existed from 1992-2007.  It was targeted at school-age children – and by “targeted at,” I mean “required of those students with a BMI of 23 or higher.” 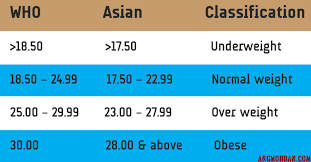 Yep, you read that right.  23.  Not even considered “overweight” by American standards.

TAF Club students would be required to complete intensive (often just outdoor running-based) extra exercise hours at school, typically arriving up to an hour before an already-early 7:20am morning start – and that’s not all.

TAF students were also required to do exercise instead of eating lunch (exercising, by the way, in full view of their peers and classmates happily eating their lunches), or would be forced to eat lunch at segregated tables where they could buy certain controlled food with “calorie cash,” a special currency that allowed only meals with a predetermined number of calories to be purchased.

Can I buy half an apple with that 50-cal cash?

The TAF Club students – and by the way, the irony of TAF being the word FAT spelled backward is not lost on me – would have their individual names called over the loudspeaker during school, meaning each and every student forced to join the club could not even quietly attend their exercise hours; they’d instead be announced to the entire school.

Add to this the fact that the exercise sessions were (often) led by less-than-sympathetic physical educators – people who should be modelling good health, not calling out students’ abilities (and in some cases, their “unfit” body parts) in a negative way.

A simple Google search for “TAF Club stories” yielded paragraph after paragraph of the obviously damaging effects of this type of weight-based differentiation on young kids. Showing up to class sweaty and stinky from a bout of morning exercise in 90-degree weather, being stuck in (and I would argue, condemned to) the TAF Club year after year if you weren’t demonstrably losing enough weight, and even developing lifelong eating disorders were just a a few of the known effects of this type of program.

Let it be known that childhood obesity rates in Singapore did decrease from 14.9% to 9.8% during the first decade of the program – by some measures, a definite success.  But a study done just after that same decade – surveying 4,400 Singaporean schoolgirls in 2002 – found a six-fold increase in anorexia and bulimia among the school-aged population during the very same window of time – coincidental, eh?

Since 2007, the program has been revamped to “shift the focus” away from weight and toward a more comprehensive picture of health and wellness.  The new Holistic Health Framework (HHF) has as its core values “total well-being, inclusion, and quality delivery,” which sounds like a great start to a better-organized program.

But if you scroll down the page, you’ll see the carelessly worded admonition that “schools are encouraged to change the name of their weight management programmes from TAF to something more interesting” – meaning that not only do the schools not have to change anything about existing TAF programs, but they can also simply modify the name of the program to fit the new “holistic” guidelines.

I’m not saying I have all the answers when it comes to childhood obesity, a topic that in my opinion is much more complicated, sensitive, and multilayered than adult obesity. What I do know is that peer shaming, public ridicule, segregation, and punishment-based systems do not belong anywhere in public education – especially here in Singapore, where citizen harmony is considered a top priority by the government.

I also argue that putting all of the blame, shame, and responsibility for weight management onto the back of a child – rather than involving and educating the parents – is an absolutely abhorrent way of encouraging behavioural change.

THIS is what we should be teaching kids about health and their bodies.

I have yet to meet someone who can give me a personal perspective on their experience in TAF – and believe me, I’d be open to hearing from a variety of men and women that have been through it – but I cannot imagine that the experience was anything less than degrading, emotionally damaging, and in the end, ineffective in developing long term weight management skills.

What do you think about forced weight management sessions for overweight school-age kids – and should the government be at their helm?

3 thoughts on “TAF: The Tough(est) Club in Singapore”